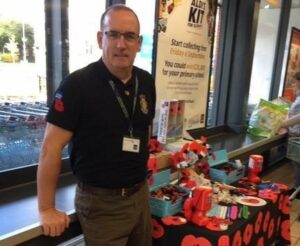 Nothing beats a super Christmas story for securing coverage – especially amongst regional media.

This December, we worked on a campaign for two Yorkshire business – Resinbound Surfaces and Purple Wellies.

These two companies are always looking at ways in which they connect with their audiences and widen awareness of what they do.

They launched a campaign called ‘Shining Stars’ calling for nominations of those people and organisations that go the extra mile in their communities. A paid-for social media campaign by our media partners DP Marketing ran in conjunction with PR, which also used the phrase ‘Hampers for Heroes’ as these were being given to winners.

While social media targeted the wider UK, the initial PR campaign focused on Yorkshire media given the two companies location.

The winners were revealed in early December – with winners from across various locations, resulting in media outreach to regional press in Oldham & Greater Manchester, as well as Buckinghamshire.

Individual releases identifying why the individuals had been chosen as ‘Shining Stars’ secured strong regional coverage. Though a short campaign, it secured a total of nine articles in various regional titles along with a BBC Manchester interview on December 29th.

Marlow’s Maxine Caswell won for her litter picking initiative in the town – https://www.bucksfreepress.co.uk/news/23215920.marlow-litter-campaigner-wins-award-cleaner-high-street/