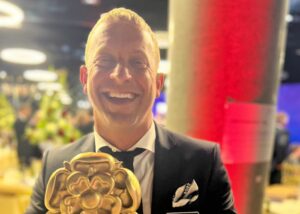 Lu Ban Restaurant has won one of the country’s major tourism awards after claiming gold at the VisitEngland Awards for Excellence 2022.

The judges commented ‘the excellence of gastronomic experience is at the heart of everything they do’ as Lu Ban Restaurant celebrated the award at a glitzy ceremony held at the Library of Birmingham on Wednesday 8 June.

“We were delighted to have even made it through to the finals and would have been equally as proud walking away with the bronze or silver but to win the gold is obviously really special.

The ceremony featured finalists from across 15 categories that were handpicked by tourism industry experts from more than 300 entries to the VisitEngland Awards for Excellence 2022 from across 14 regions.

Awards wins generally have limited news value. The organisers of major awards like this can possibly secure national coverage – and this was achieve in the Mailonline.

Our remit was to secure trade and regional media coverage as the awards were not solely restaurant related but all elements of the travel industry. Coverage was secured in the Liverpool Echo, Liverpool Business Daily, Dish Cult and other local lifestyle and business media. An interview with BBC Merseyside was also secured.